Today was supposed to be James Purefoy day, but to be honest I didn't had time to fully watch "Ironclad". Too much things going on at once! That said, I did finally managed to read "A Brutal Finish", the official adventure from "Realms of Sorcery".

I've been running various scenarios for the 4th edition of Warhammer Fantasy roleplay for some time now. Most of them have been adapted from the 2nd edition, and before we jump into "Rough Nights & Hard Days", I wanted to run "A Brutal Finish", the scenario from 2nd edition's "Realms of Sorcery" book. Is it worth checking out?
Taking place in Averheim, shortly after the death of Marius Leitdorf, the "Mad Count of Averland", the adventure is centred around a series of mysterious deaths. Apparently the capital of the province has been plagued by a series of mysterious spontaneous combustions. People from all walks of life have been bursting into cold blue flames which burned them to ash, while leaving their clothes, armor and weapons intact. The famous Wine Tasting Festival of Averheim is going to start soon, and so the adventurers are hired by a powerful Light Wizard to solve this troubling mystery.
Let's not mince words - "A Brutal Finish" is a really linear scenario and a pretty short one at that. It essentialy consists of 3 acts. First the PCs interview the various witnesses who saw the spontaneous combustions and lost friends and family members to the sinister blue flames. Later a crazy halfling arsonist (yes, really) tries to take out our heroes with a cleverly made fire trap. This part can be hard, as the explosion and the location of said trap will almost certainly bring a lot of pain to our murderhobos. Finally the heroes will need to interrupt the auction, on which the bottles of Fire Wine, the source of all that's happening, are being sold to some seriously unscrupulous members of the Imperial society...
Oh, and all the while, the Wine Tasting Festival of Averheim is taking place on the streets of the city, gathering visitors from all over the Empire, and beyond!
"A Brutal Finish" is relatively easy when it comes to gathering information, piecing it together and connecting the dots. At various pre-defined points, the adventure will move itself forward and drop some exposition (or a lot of it) on the players' heads. While I generally liked the overall story of this module, the merciless and blatant railroading (the bad kind) was kinda jarring and irritating. In this scenario the heroes' decisions don't really matter that much. At certain points, certain people will contact them and tell them what to do next. The whole ending is even devised by an NPC! Yeah, the author gives a couple ideas on how to spice the flow of the adventure, and the very well described Wine Festival presents a lot of cool roleplaying options, but in the end "A Brutal Finish" is just too on-the-rails. I consider this fact its biggest flaw.
When it comes to combat encounters there's reall only one, and at the very end of the scenario. Smart players will probably avoid it altogether, and it's probably a good thing, since the enemy combatants consist of some very high-level indviduals, including a buffed Von Carstein vampire. The final battle is described in such a way that only a very novice or dim-witted party would be forced to partake in it. For me it's kind of a anti-climax. As the final battles go, this one is certainly kinda weak.
NPCs are interesting enough, especially the crazy halfling arsonist. The main villain is your typical, cliched bad guy who does bad things because his evil and mean. He's boring as hell. His partner in crime is also written poorly, just another "I want power at all cost!" kind of character. The most ineresting NPCs are the various witnesses, which the PCs interrogate (roughly or gently) at the beginning of the scenario. I also liked Aponymous Rone, the Light Wizard. For someone so infused with Hysh, he's surprisingly human.
If you're desperately looking for a filler scenario, or just want to run every single official WFRP adventure, then "A Brutal Finish" can be a module for you. For everyone else - skip this one. It's too linear, too predictable and too anticlimactic to actually spend time playing it. To put it simply, there are better scenarios out there.
Until next time (hopefully with James Purefoy)!
Xathrodox86
2nd edition A Brutal Finish Adventure Averheim Averland Black Industries Fantasy Gamemaster Games Workshop Marius Leitdorf Review RPG Scenario T.S. Luikart Warhammer WFRP Wine Xathrodox86 reviews: 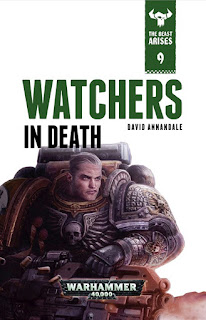 Grimvember 2019 is here! "Eureka!" is a classic tale, worth checking out! 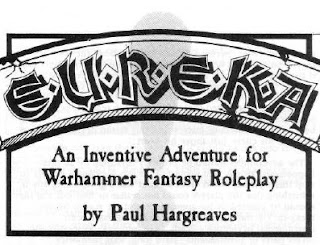 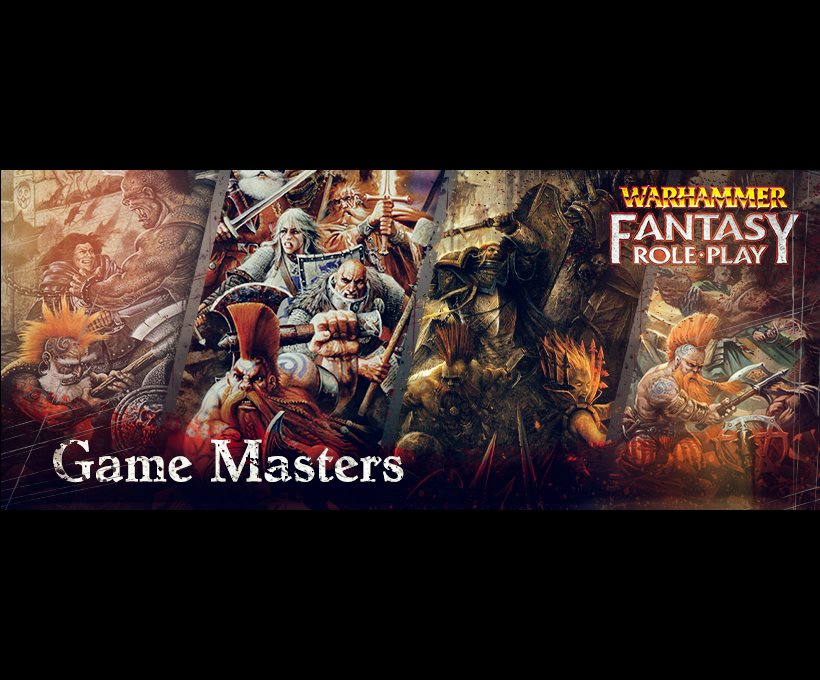 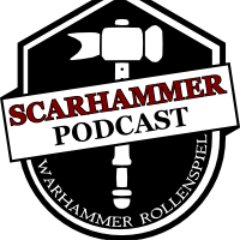